In other news, I had lunch with Page Knudsen Cowles of Knudsen Vineyards in Oregon the other day. She and her siblings are re-launching Knudsen Vineyards as a brand for the first time since her father planted a rather large and seminal vineyard in Oregon in the 1970's. Her father was a Seattle lawyer, who, inspired by a trip to Burgundy, purchased a 200 acre tract in Dundee Hills in 1971. By 1975, Knudsen had 60 acres planted to grape vines when many of Oregon's other early pioneers were working with a few acres of their own vines.

In those very early years of the Oregon wine industry, the Knudsen family partnered winemaker Dick Erath, who built a winery on the Knudsen ranch. Together they released early wines under the Knudsen Erath brand. I am old enough to vaguely remember these wines, which is kind of scary. Over the years, even decades, Dick Erath focused on winemaking and building his own brand, while the Knudsen family focused on growing grapes and developed a strong partnership with Brian Croser and Rollin Soles of Argyle. The relatively high elevation grapes from the Knudsen Vineyard were very good for making sparkling wine, which was Argyle's specialty, and that relationship persists to this day. Knudsen Vineyards sells almost all of its grapes to Argyle, but lately they have entered into an agreement to have Argyle winemaker Nate Klostermann make some small batch wines from some of the best Knudsen Vineyard fruit. 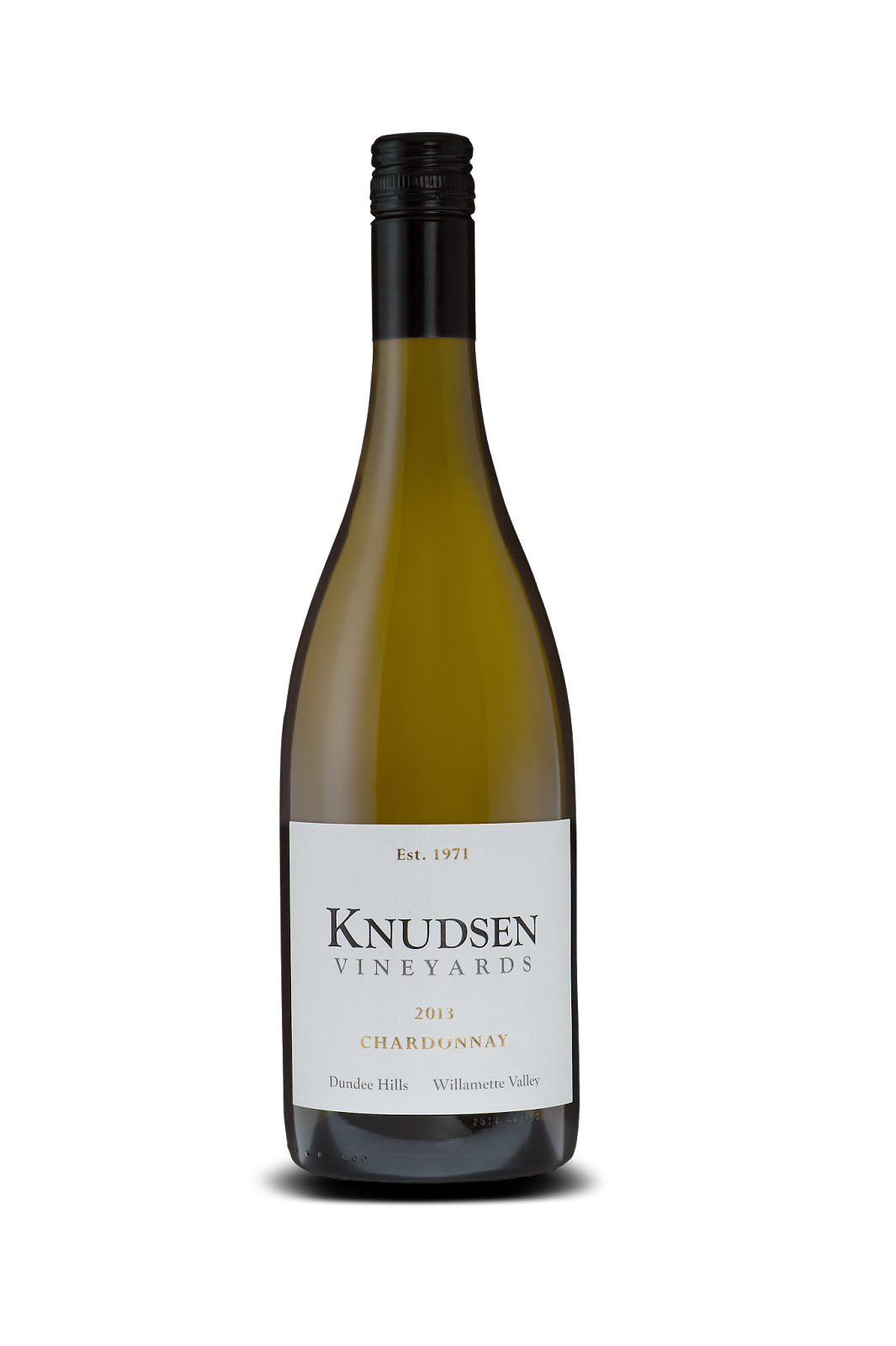 2013 Knudsen Vineyard Chardonnay. Only 100 cases of this $45 wine were produced, all sealed under screwcap, and you may be reading about it for the first time here. At least I hope so. It is due for release on April 20th of 2015. It's a really good wine. I'd score it at 92-93 points. It shows aromas of jasmine, acacia and lime blossom, nectarine and white peach fruit notes and a notable malolactic and quality French oak influence. About 35% of the wine was matured in new oak, the rest in neutral barrels.

Oregon Chardonnay has been something of an interest of mine in recent years. A visit of several Oregon producers, Ponzi, Adelsheim, Domaine Drouhin and others to the Bay area several years ago made a powerful impression on me. Over lunch at Absinthe, the wineries explained how the planting of Chardonnay clones better suited to Oregon's latitude and climate had vastly improved the quality of Oregon Chardonnay over the past 10-15 years.

Let me tell you, Oregon Chardonnay was remarkably boring twenty years ago. It's hard to find an Oregon winemaker who would dispute that fact in retrospect. These newer Oregon Chardonnays from re-planted vineyards are remarkable not only for their general quality, but also for how different they are from typical California Chardonnays (which have also become exponentially more awesome in different ways).

In recent years, this impression of mine has been reinforced by several conversations and tastings in Oregon and California.

Oregon Chardonnay and California Chardonnay are completely different animals, even when made from the same "Dijon Clone" vines that were imported to the U.S. in the last 20 years and which elevated the quality of Pinot Noir and Chardonnay from both California and Oregon wines, Climate and latitude, sun exposure and temperatures clearly infuse white and red wines from the two places with entirely different personalities.

California Chardonnays, even when grown close to the very cool Pacific Coast, have a sunny, fruity personality. They don't shed that disposition, even when it's in the form of a lean, tanned surfer's build. When you apply Burgundian techniques like malolactic fermentation and lees manipulation to California wines, it so often seems like their best qualities are being covered up. I will say that I really LOVE what the best California Chardonnay producers are doing with the grape.

By contrast, Chardonnays from Burgundy and Oregon, cooler, more northern places, seem to appreciate that swaddling. Those flavor blankets pacify wines that have a more compacted growing season and tend to grow up with bitter, nervous personalities. If you are a fan of Burgundy, you will adore Chardonnay from Oregon, and you will pay much less for it.
Posted by Skyscraper at 11:32 PM